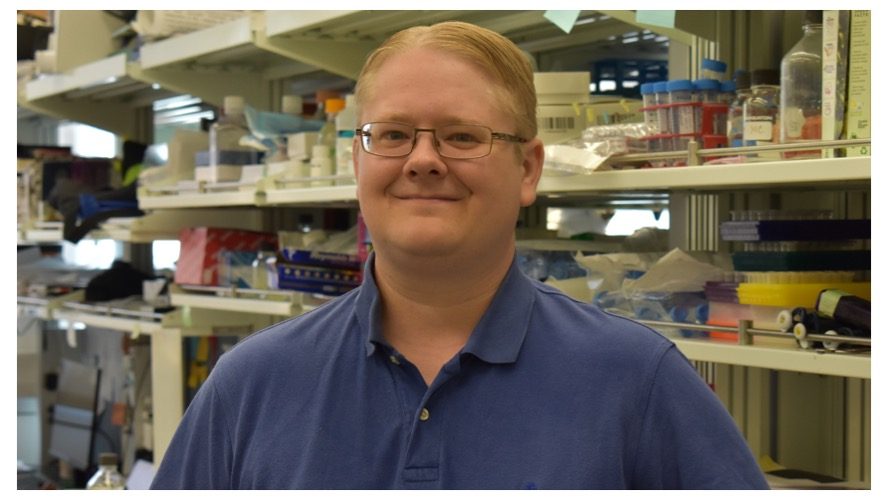 I am an immunologist focused on the innate immune system and in particular tissue macrophages and related cells.  I completed both my MS and my PhD at the University of Iowa under the direction of Drs. William Nauseef and Fayyaz Sutterwala respectively.  During both my MS and PhD research I focused on the contribution of cytoplasmic pattern recognition receptors to the host innate immune response during infection with Francisella tularensis and other bacteria. Following this experience, I moved to Dr. Marco Colonna’s laboratory at Washington University in St. Louis where I also worked closely with Drs. David Holtzman and Jason Ulrich exploring the innate immune response during Alzheimer’s Disease (AD). At Washington University I helped describe the early microglia response to amyloid β (Aβ) plaques and detailed the contribution of triggering receptor expressed on myeloid cells 2 (TREM2) to mTOR signaling and microglial autophagy in AD.

In August of 2018 I started my group at the University of Wisconsin School of Medicine and Public Health.  My lab is exploring the role of TREM2 on inhibiting autophagy in AD, interrogating the role of NLR signaling molecules in AD pathogenesis, and exploring how metabolic and transcriptional changes in microglia brought about by systemic inflammation influence the microglial response during AD pathogenesis.  Ultimately, we hope that our work will aid in the development of novel therapeutic strategies aimed at modulating the microglial response in AD.